2 volunteers share their tales about serving to Afghan refugees: NPR On August 22, US Secretary of Defense Lloyd Austin called on the Civil Reserve Air Fleet to support evacuation efforts in Kabul. The Department of Defense needed help transporting US citizens and vulnerable Afghans from military bases in Europe and the Middle East after the Taliban’s rapid advance in Afghanistan forced more than 120,000 people to flee. A total of 18 aircraft from six airlines were activated. Each flight was manned exclusively by Air Reserve volunteers. Here are the stories of two volunteers.

Lorin George has worked as a flight attendant at American Airlines for the past 35 years. Every year she has signed up for the Civil Reserve Air Fleet, a program where airlines volunteer to support the Department of Defense in times of crisis.

Her call finally came in the late hours of the night of August 23rd.

Like much of the world, George was aware of the chaos that was unfolding in Afghanistan. When an American Airlines employee called to ask if she still wanted to volunteer for the Civil Reserve, she knew exactly where she was going. George couldn’t go back to sleep after she hung up. Instead, her mind wandered and imagined what the coming days would be.

The American Airlines flight she boarded in New York the next day was as good as empty – just her, 10 other flight attendants, and four pilots. The pilots gave a brief briefing before take-off and the flight arrived at an air force base in Germany about 9 hours later.

The whole experience seemed surreal, George explained, like something from the movie. The refugees boarded the planes in an orderly fashion and found their seats. Some carried a bag; most of them had nothing. Some wore shoes, many were barefoot. Everyone was exhausted.

George recalls bringing an Afghan woman her first hot meal in over a week, a thought that still moves her to tears. “That was all for this woman,” said George. “And it was story after story that we heard from these passengers. That kept us going.”

The flight crew worked non-stop for the next 27 hours to take care of the passengers. There were urgently needed supplies on board the flight: baby diapers and baby food; Cosmetic sets and clean clothes; Colored pencils, coloring books and toys for the children. While the parents slept, the children set out to explore the plane. Most of the people on board had never flown before boarding the military plane that took them out of Kabul. 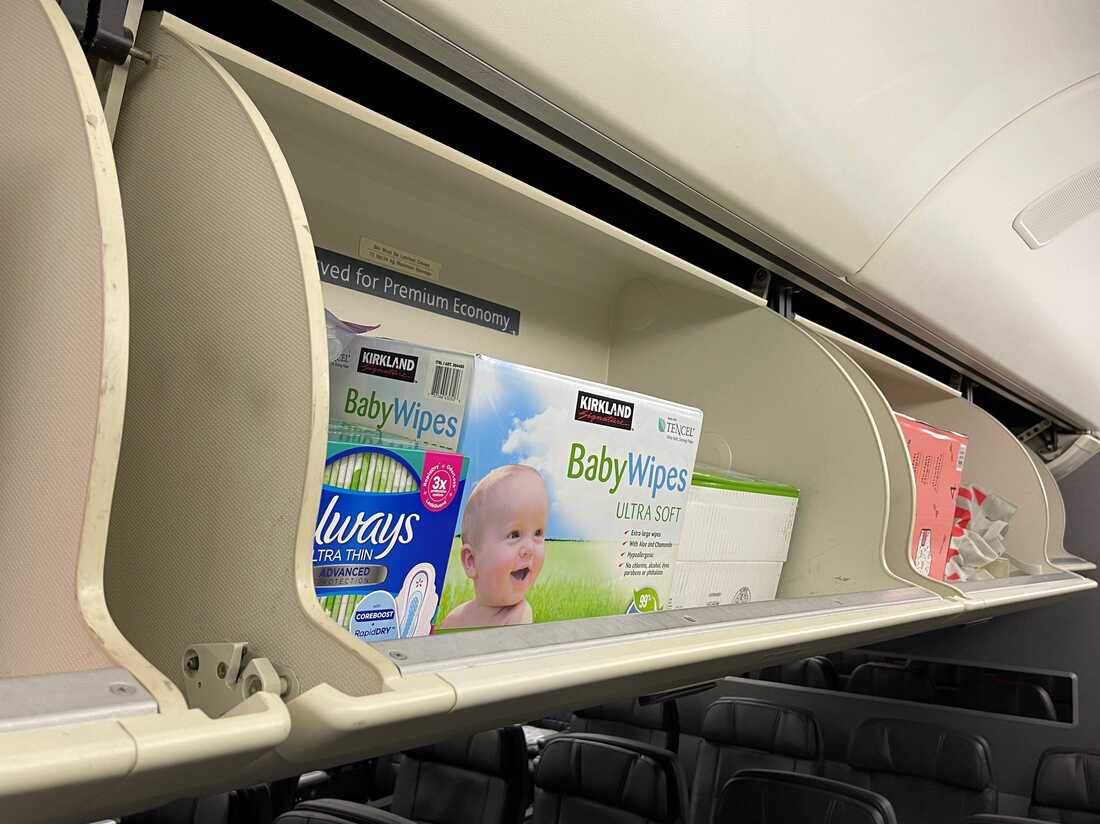 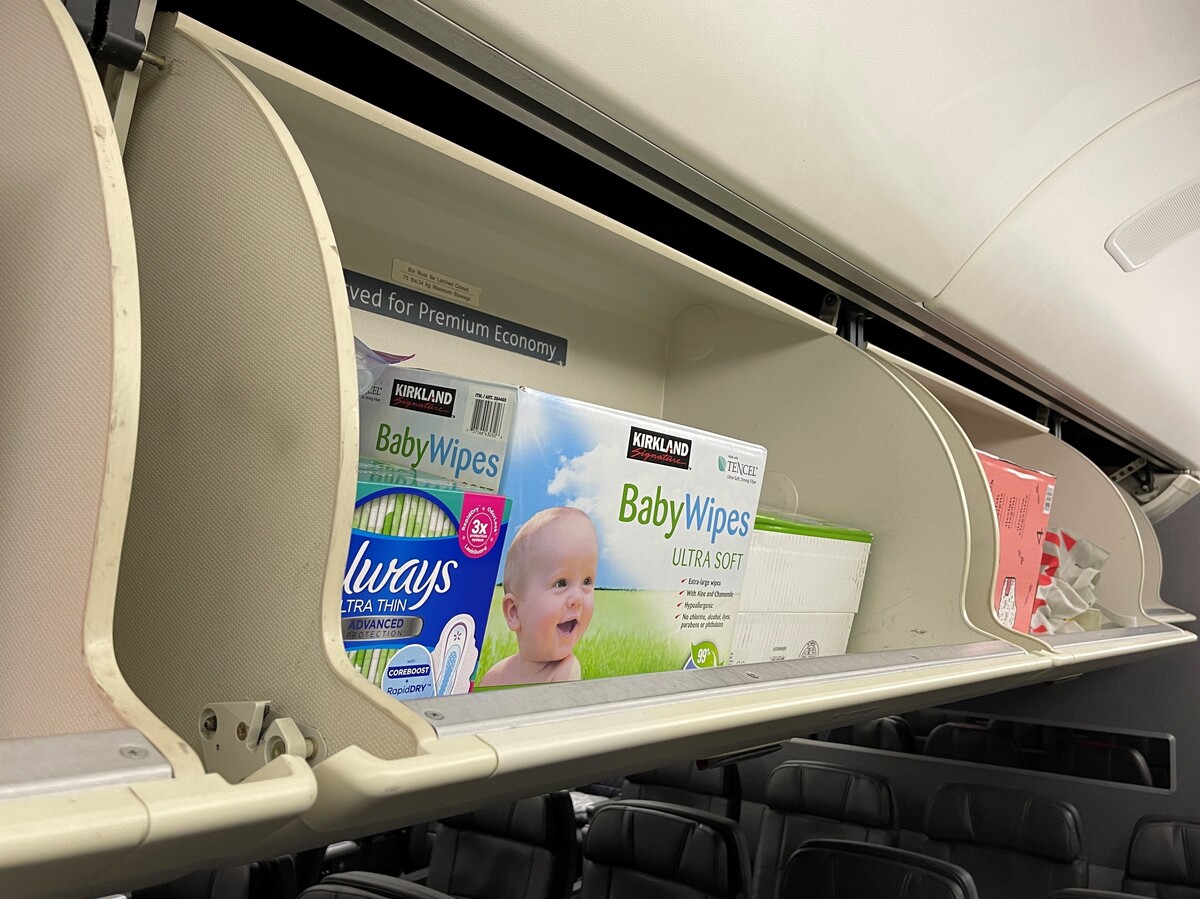 The airline’s staff supplied the planes with much-needed supplies, from coloring books and diapers to shoes and blankets, for hundreds of tired passengers. Photo courtesy American Airlines.

One child George believed to be around 10 years old spoke English remarkably well. The young man offered to help the volunteers by bringing cups of warm tea from the galley to the passengers while he practiced his English with the crew.

George was amazed at the courage of the passengers. Hundreds of people had crowded a plane with an unknown destination and an uncertain future.

“Having that confidence to get on a plane without knowing where they were going was another level to do as much as possible for these people,” said George. “I know that when I have something difficult in my life, I can measure it by the difficult path that you have ahead of you.”

And while George was trying to imagine the lives of such brave people, another Civil Reserve Air Fleet volunteer had the worst childhood experience.

Zak Khogyani, a 53-year-old United Airlines pilot, fled Afghanistan with his parents in 1977. He came from a politically active family. His grandfather had served as a senator and judge, and his father ruled three provinces. Khogyani’s father, who left the country six months before his wife and son, decided it was time for his family to leave the country too. 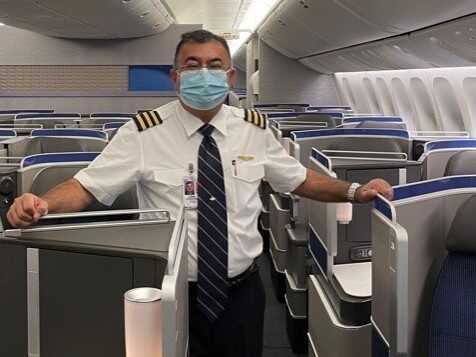 Khogyani remembers the drive to Kabul well. His grandparents drove him and his mother secretly to the airport at night. A single bag on his lap. No toys, no family photos or heirlooms connecting him to his past. “Everyone knew this could be our final farewell,” said Khogyani. “I never saw my grandparents or my extended family again.”

Today Khogyani has 27 years of commercial flights behind him. He lives in Phoenix, Arizona with his wife and 14-year-old twin sons. And when he saw the Pentagon activate the civil reserve air fleet, he knew this was his chance to help.

“It was very important to me personally because I knew what these people were going through, what they felt and what was on their mind,” said Khogyani. “Many of them have lost nothing and it is very difficult for them to look ahead because they have left so many loved ones behind. I know what that is like.” 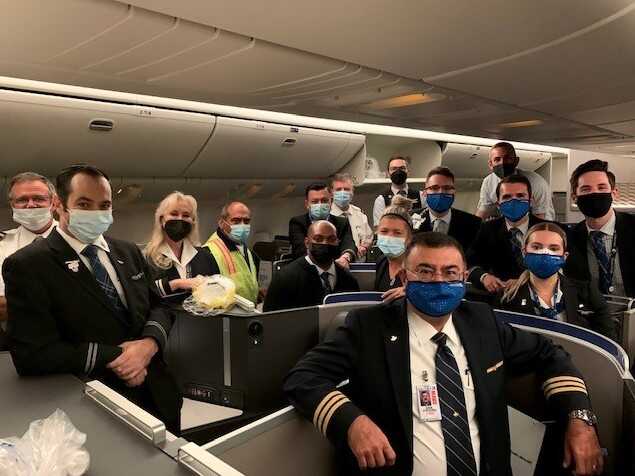 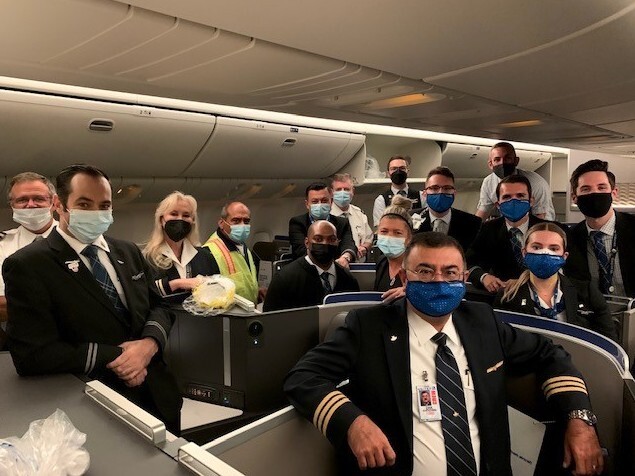 He wrote to United Airlines CEO Scott Kirby asking for an opportunity to help. A short time later, Khogyani found himself in Afghanistan, not as a pilot but as an interpreter.

“Khosh amadid,” he said to the passengers and greeted them in Dari. “Welcome.”

His words were received with confusion and then with relief. Then mostly smile. Almost everyone on board shared essentially the same story. As an interpreter, Khogyani was able to lend a sympathetic ear. In nine days he helped comfort and care for 1,002 passengers on three flights.

When he finally returned to his family in Phoenix, Khogyani was able to say that his boys missed him more than they could have assumed from the long hugs. They weren’t at all surprised that their father showed up to help. This is him, an American with strong Afghan roots.

“Americans are generous with their hearts … [and] taught to be compassionate and accepting, “said Khogyani.” Flying out these people is only the beginning of their journey. “