Not less than 91 individuals killed in Myanmar as violence escalates: NPR

Smoke rises from burning tires on Saturday as protesters gather in Yangon’s Thakeyta community to continue their protest against the military coup in Myanmar. Anadolu Agency / Anadolu Agency via Getty Images Hide caption 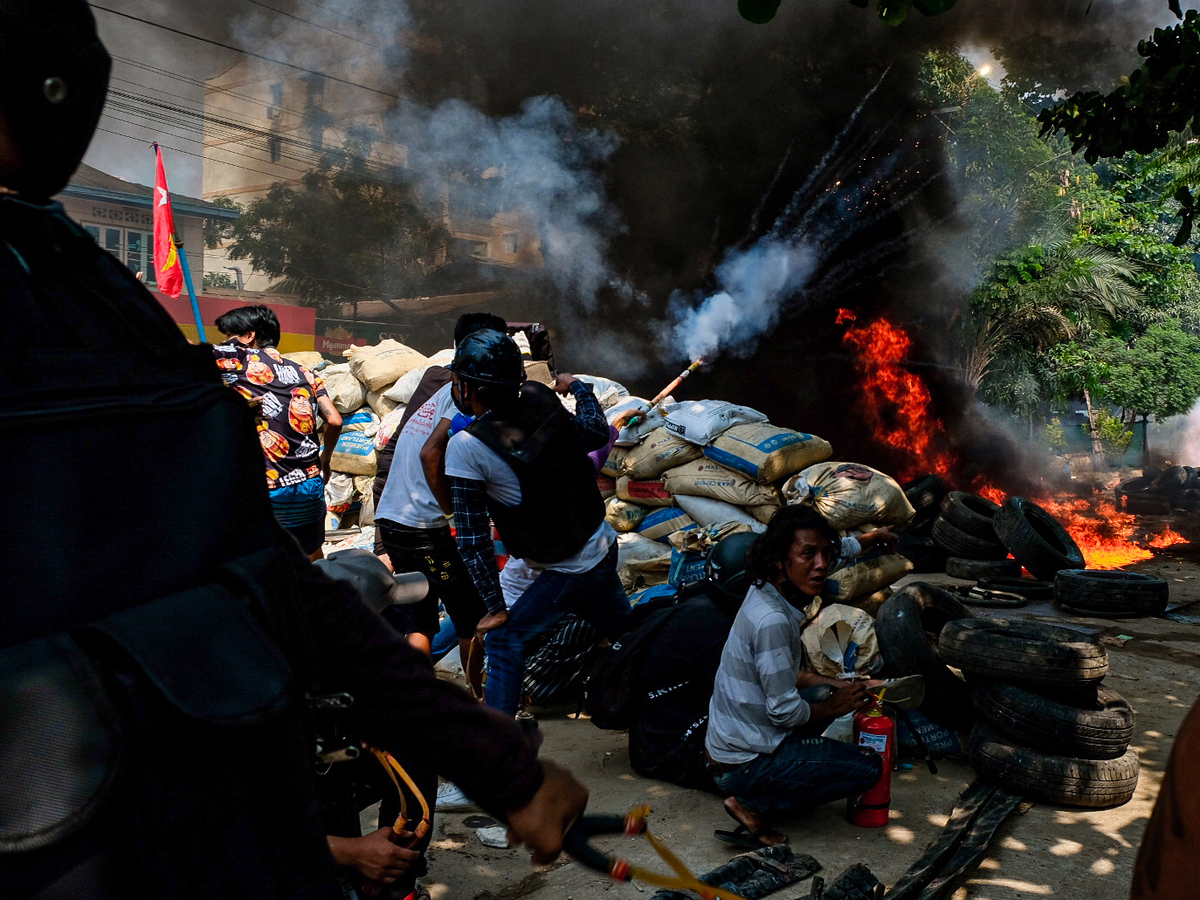 Smoke rises from burning tires on Saturday as protesters gather in Yangon’s Thakeyta community to continue their protest against the military coup in Myanmar.

According to local Myanmar media, security forces killed at least 91 civilians in 40 cities on Saturday. This appears to be the deadliest day of protest since the coup began last month.

The brutal crackdown came as the military marked the armed forces’ annual holiday. In a televised address in the capital, Naypyitaw, coup leader General Min Aung Hlaing continued to justify the coup by accusing the government of deposed leader Aung San Suu Kyi of failing to investigate allegations of electoral fraud in the November parliamentary elections, Suu Suu saw Win Kyi’s party in a landslide.

Min Aung Hlaing indirectly responded to the ongoing protests against the military and denounced demonstrations against the coup as “terrorism” which “harms the state’s calm”. The general promised new elections but did not give details of when a new vote would take place.

The deaths of 91 protesters on Saturday adds to the 328 the junta has killed since the coup began Activist group Assistance Association for Political Prisoners. AAPR notes that around a quarter of those killed died from headshots, which the group said raises concerns that protesters are being targeted to be killed. In addition to the dead, more than 3,000 protesters have been arrested, charged or convicted since the coup began, according to the AAPR.

As the violence continues to escalate, fears that armed groups opposing the military coup will join the struggle have also increased.

“Armed Forces Day in Myanmar is not armed forces day, but rather the day people were killed,” said General Yawd Serk, chairman of one of Myanmar’s ethnic armies, the Shan State Restoration Council / Shan State Army South in an interview with Reuters. “If they keep shooting at protesters and harassing people, I don’t think all races will just watch and do nothing.”

In a statement on Twitter, US Ambassador to Myanmar Thomas L. Vajda condemned what he called “terrible” bloodshed and called for “an immediate end to the violence and the restoration of the democratically elected government.”

“These are not the actions of a professional military or police force,” Vajda said. “Myanmar’s people have made it clear: They don’t want to live under military rule.”

The European Union, which earlier this week sanctioned 11 people in connection with the coup, described the killing of unarmed civilians – including children – as “unacceptable” in a post on Twitter. “This 76th Armed Forces Day in Myanmar will be engraved as the Day of Terror and Shame,” wrote the bloc’s delegation in the country.

Other global watchers of the crisis, such as historian Thant Myint-U, have warned of the international repercussions if violence in Myanmar continues to spiral out of control.

“A failed state in Myanmar has the potential to attract all major powers – including the US, China, India, Russia and Japan – in ways that could lead to a serious international crisis,” he wrote on Twitter.

Michael Sullivan contributed to this story.