The 5th US Appeals Court in New Orleans has ruled that Texas can ban a joint abortion trial in the second trimester. Jonathan Bachman / AP Hide caption 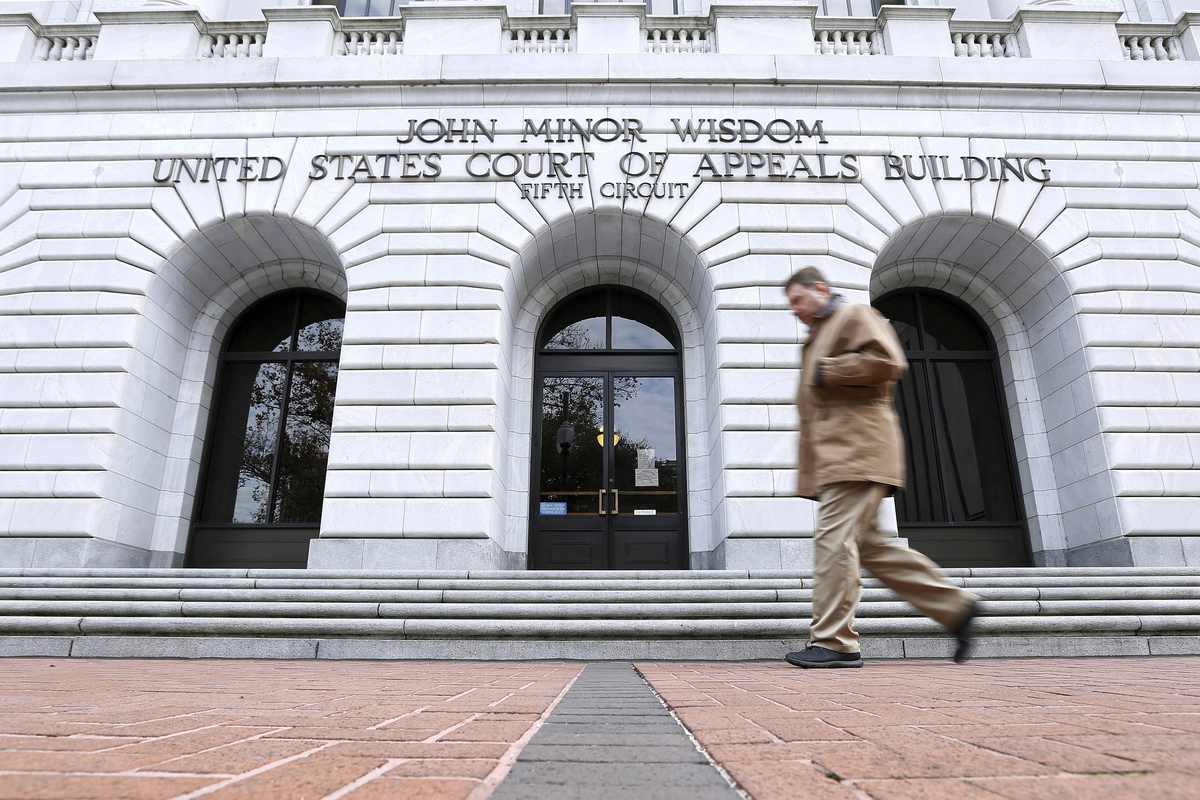 The 5th US Appeals Court in New Orleans has ruled that Texas can ban a joint abortion trial in the second trimester.

NEW ORLEANS – A Texas law banning a method of abortion often used to terminate second trimester pregnancies has been upheld by a federal appeals court in New Orleans.

The 2017 law in question never went into effect. It is intended to prohibit the use of forceps to remove a fetus from the uterus without first using an injected drug or suction procedure to make sure the fetus is dead.

Proponents of abortion rights argued that the law known as SB8 in court records effectively bans what is often the safest method of abortion for women in the second trimester of pregnancy. The procedure is known medically as dilation and evacuation.

They also argued that fetuses cannot experience pain during the gestation period covered by the law.

Texas lawmakers have banned the process with a law calling it “dismembered abortion”. Proponents of abortion law argued in court that an alternative in law to remove a fetus by suction also leads to dismemberment.

A three-judge panel from the US 5th Court of Appeals blocked enforcement of the law last year. However, Texas was granted a retrial by the entire court, and a majority of the 14 appellate judges who heard their arguments in January (three of the court’s 17 active judges were removed) sided with Texas on Wednesday. The opinion from Judges Jennifer Walker Elrod and Don Willett said, “The records show that doctors can safely perform D&Es and comply with SB8 using methods that are already widely used.”

Judge James Dennis drafted a dissent, which was followed by Judges Carl Stewart and James Graves. A separate dissent was drafted by Judge Stephen Higginson, who was joined by Gregg Costa.

Dennis said Texas law “makes it a crime under the guise of regulation to have the most common and safest abortion procedure in the second trimester.”

The Center for Reproductive Rights is analyzing the decision and considering all legal options, said its President and CEO, Nancy Northup.

“Texas is committed to eliminating abortion, and it’s annoying that a federal court would uphold a law that so clearly refutes decades-long Supreme Court precedents,” said Northup. “At a time when Texans’ health needs are greater than ever, the state should make abortion more accessible, not less. There is no question that today’s decision will harm those already facing the greatest obstacles to health care are.”

“If the abortion industry appeals today’s decision, the Supreme Court must answer the dynamic legal question of the case, ‘Is a dismembered abortion inhuman enough to warrant a legal ban?'” The anti-abortion group said in a statement. “The obvious answer to this specific question directly undermines some of the central premises of the Supreme Court in its abortion jurisdiction, such as the misconception that abortions before viability are more ethical than those that occur after viability.”

“Texans celebrate today’s long-awaited victory,” said Kimberlyn Schwartz, director of media and communications for Texas Right to Life, in the press release. “Anyone can see the cruelty of dismemberment abortions that tear a child’s body apart while their heart is still beating. We are grateful that the judges recognized this horror. “